It’s been a pretty wild couple of, what, months now? In light of everything we’re dealing with right now I thought you all might appreciate a deep dive into the upcoming major Update 4.0. This update is slated for later this year and, in addition to Chapter 4, will be introducing some huge systematic changes to the game. Several of these updates have been long requested, so I’m really excited to show off what we have in store!

We’ll kick things off by addressing some of the major shortcomings of the game, and how we intent to course-correct.

The Company – A New Perspective

As a text based adventure game, there’s a certain unavoidable “blandness” to the gameplay experience. There’s no room for flashy UI’s or bombastic special effects, and the vertical scrolling layout of the engine doesn’t lend itself well to hand drawn images or 3D renders. As such, the most logical decision was to take The Company in a different direction altogether. I’m excited to reveal…

The Company is being fully converted over from a text adventure game to a full fledged JRPG in a modern setting. You’ll get to experience the same excited story you’ve played through a thousand times now in a vividly realized 2D world full of reimagined versions of your favorite characters. 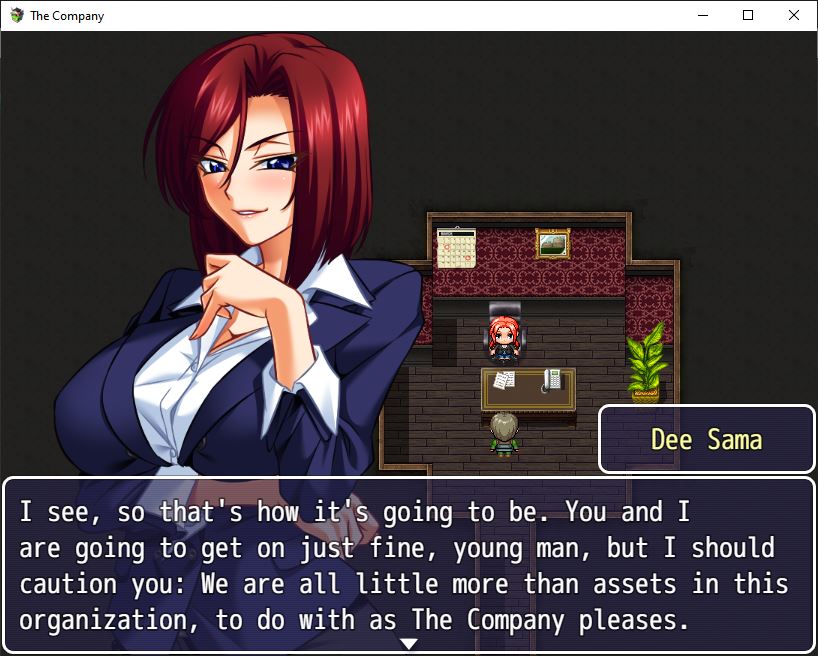 Pretty incredible, right? We can now finally represent all the characters and locations as originally envisioned, while still maintaining the original dialogue! 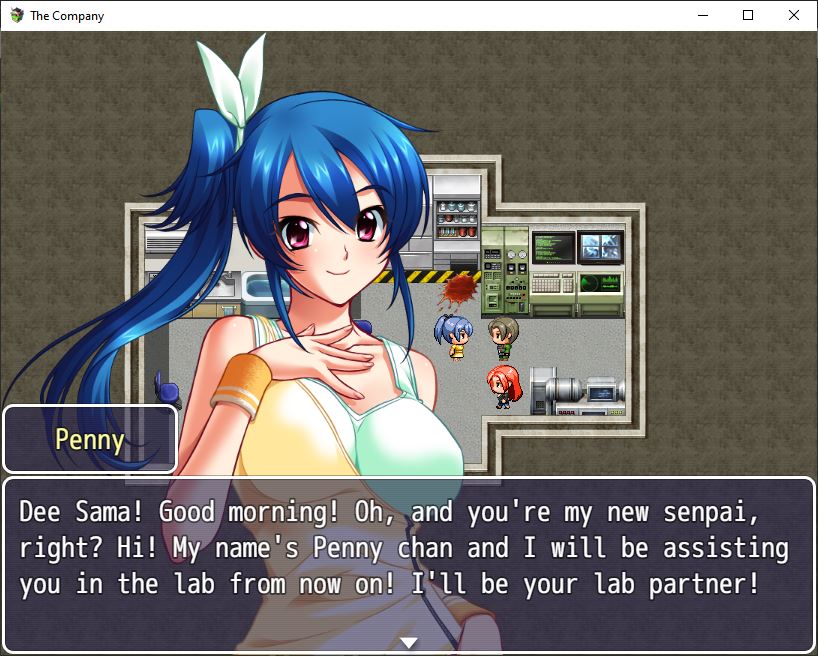 Now you can all argue on Discord whether Penny should have red, blonde, or BLUE hair! But don’t think for a second that we’ll be shlubbing on The Company’s signature lewdness. Oh no! In fact, we’ll be able to portray that special element of the game even more explicitly than before using in-engine scene generation! 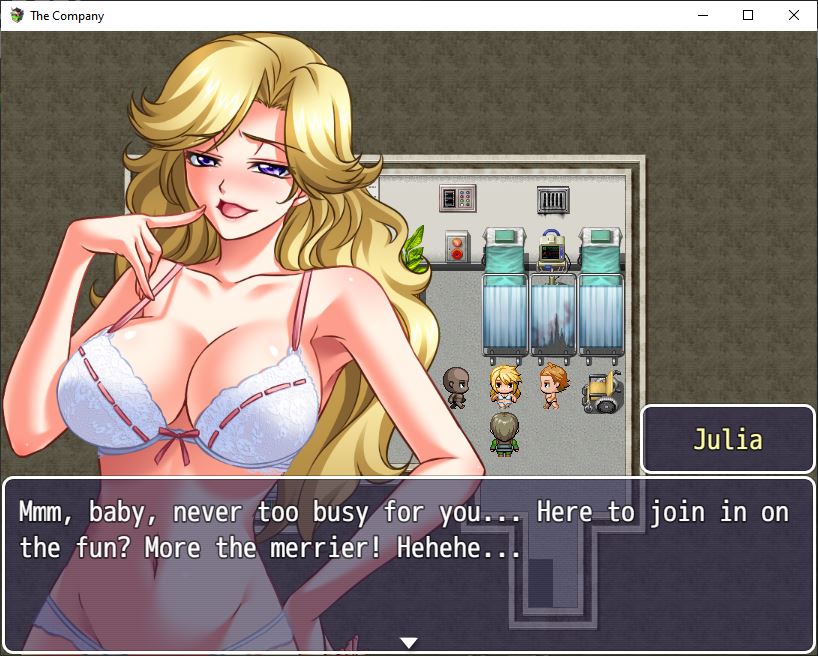 Hello nurse, am I right?

Of course all that’s just the tip of the iceberg, as the real purpose behind today’s dev blog is to outline the host of mechanical updates being made in 4.0. There’s a lot to go over, and I’ll go over the changes in more detail in a future devblog, so for now I’ll just let the release notes speak for themselves.

I hope you’ve all enjoyed today’s special preview for the upcoming 4.0 content update! I’m excited to share more info with you over the coming years and can’t wait to get back to working on it. I hope everyone’s staying safe and healthy out there, and as always, thank you all for your continued tolerance!