Greetings everyone! As usual at this stage of development there’s not really much to talk about in terms of the upcoming update, but I still have a bit to share. Let’s get to it!

April’s update is coming along nicely and very near content completion. It’s been a little while since I dev build has gone up, but one should be expected tonight assuming it hasn’t been released already. One minor change that has been made to the intended content for this update is that John’s bedroom ISS scene is being moved to the next update as it shares many parallels with the romance route ISS that is also being added in that update. To compensate for this, the “Submissive John in the Bathroom” ISS is going to be expanded to offer more branches and content! Some of you dominant sissies have been looking for work, right? Update 3.2.4 is set to release next Thursday to backers, and I’ll have release notes up available to everyone before that!

And now, a tangent.

It feels like we’ve been working through John’s content for a long time now, and the reason for that is because… we’ve been working through the John content for a long time! Now, I don’t think it’s bad content by any means. It’s covering a broad range of interests and adding a bit of depth to a character who really needed it beyond just being the resident office asshole. That being said, it’s resulted in what can feel like a stagnate development cycle and, in the interest of transparency, it’s affecting me as much as it is you.

Next month’s update is going to focus on adding John’s Friendship/Romance route to the game and will mark the end of any meaningful updates to John’s content for sometime. A maintenance update will follow with an emphasis on bugfixes, system evaluations and updates, and the implementation of the new wardrobe system, and starting in June we’ll be all in on Ava and Dakota’s content update. Basically, regardless of my feelings towards current development, nothing is going to change in terms of the 2020 roadmap, and in fact I’m quite looking forward to working on what’s coming down the pipe!

What is going to change will be community voted content direction, or to be more specific, the scope of it. What you can expect moving forward will be votes dictating more specific content sets rather than ENTIRE DEVELOPMENT CYCLES, which is what happened with John here. So, who gets the next ISS event, who gets a new random event and what type, who gets a new outfit, etc. Actually, all this makes for a pretty good segue into…

So there’s a couple outstanding pieces of community content that some people might be wondering about, and I thought it would be a good idea to blow the dust off of some of these and let everyone know that they’re not forgotten!

That’s it for now in terms of updates, but there’s one last thing I wanted to show off today…

I’ve been talking about artwork coming to The Company for a while, but things have been sparse in terms of things I’ve been able to show off. Until just recently, we’ve been wrapping up all the remaining assets for the wardrobe system. With those done, we’ve finally been able to move into actual character development along with a solid plan to move that development forward over the coming months. The first finalized piece I’m happy to finally share with everyone is Sophie’s refreshed design!

For those who haven’t been following along, we’d come to a point last year where we looked at the artwork as it stood and decided that it just had to be… better. It followed a style that I think suits the setting of The Company very nicely, but ultimately we just weren’t happy with it. Here’s what Sophie looked like as of last year. 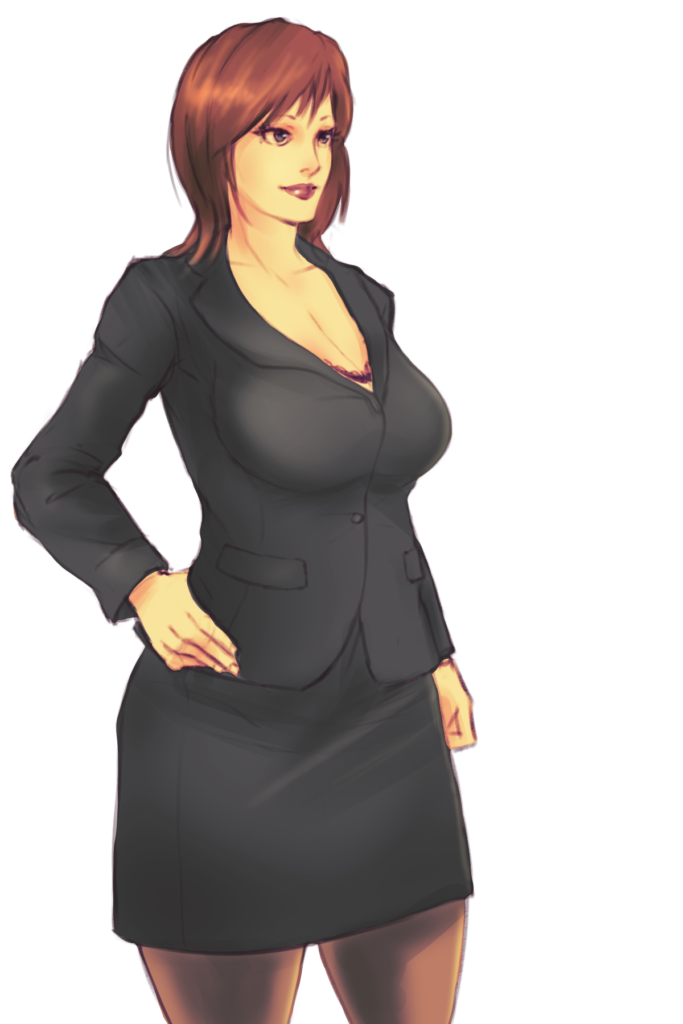 It’s a style that, even looking at now I still stand by. In something like, say, a comic book for The Company I believe this would look excellent. However, in that gaming medium, it just wasn’t working. After spending some time at the drawing board, I can finally show off Sophie 2.0! 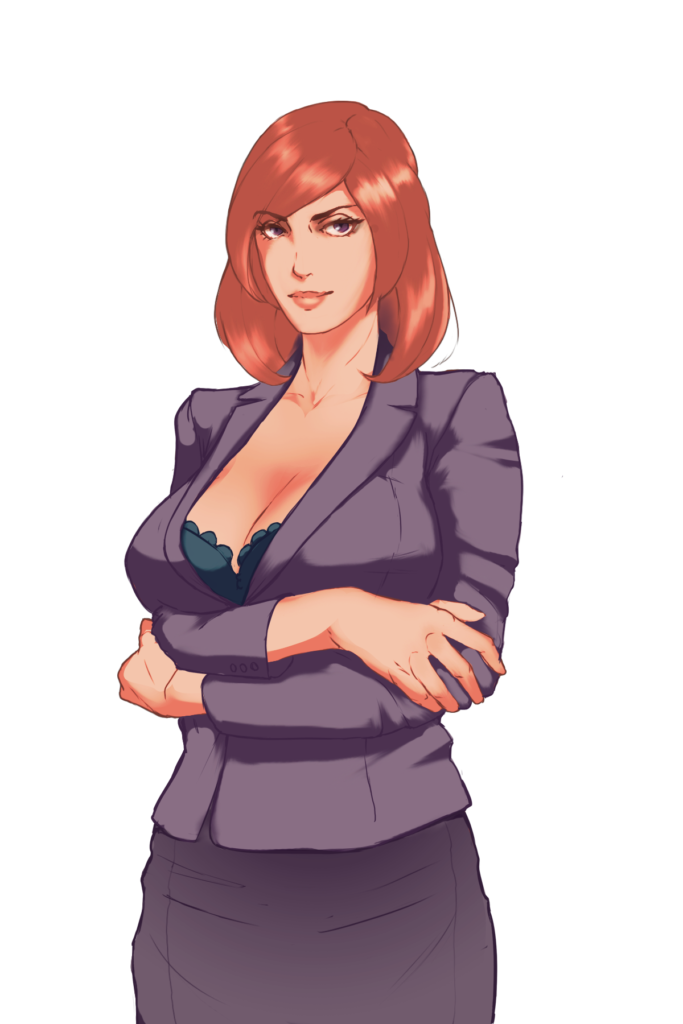 Cleaner lines, better colors, emphasis on, well, what makes this game the kind of game it is! We’ll be working on characters in the order of their introduction in the game, meaning Marketing Associates should look forward to seeing Diana appearing in the next few weeks!

That’s all for this week. I’m looking forward to getting Update 3.2.4 into backers’ hands next week as there’s definitely going to be some exciting content in there! Until then, thank you all for your continued feedback and support. Stay healthy, stay safe!