Unfortunately, the seemingly unavoidable Summer to Fall transitional plague has spent the last week or so rampaging through my household, proving to be more than a little of a hinderance to work, or life in general. Even still, we’re quickly approaching a completed update! Today I wanted to talk about your new personal assistant!

Girl, Not a Robot 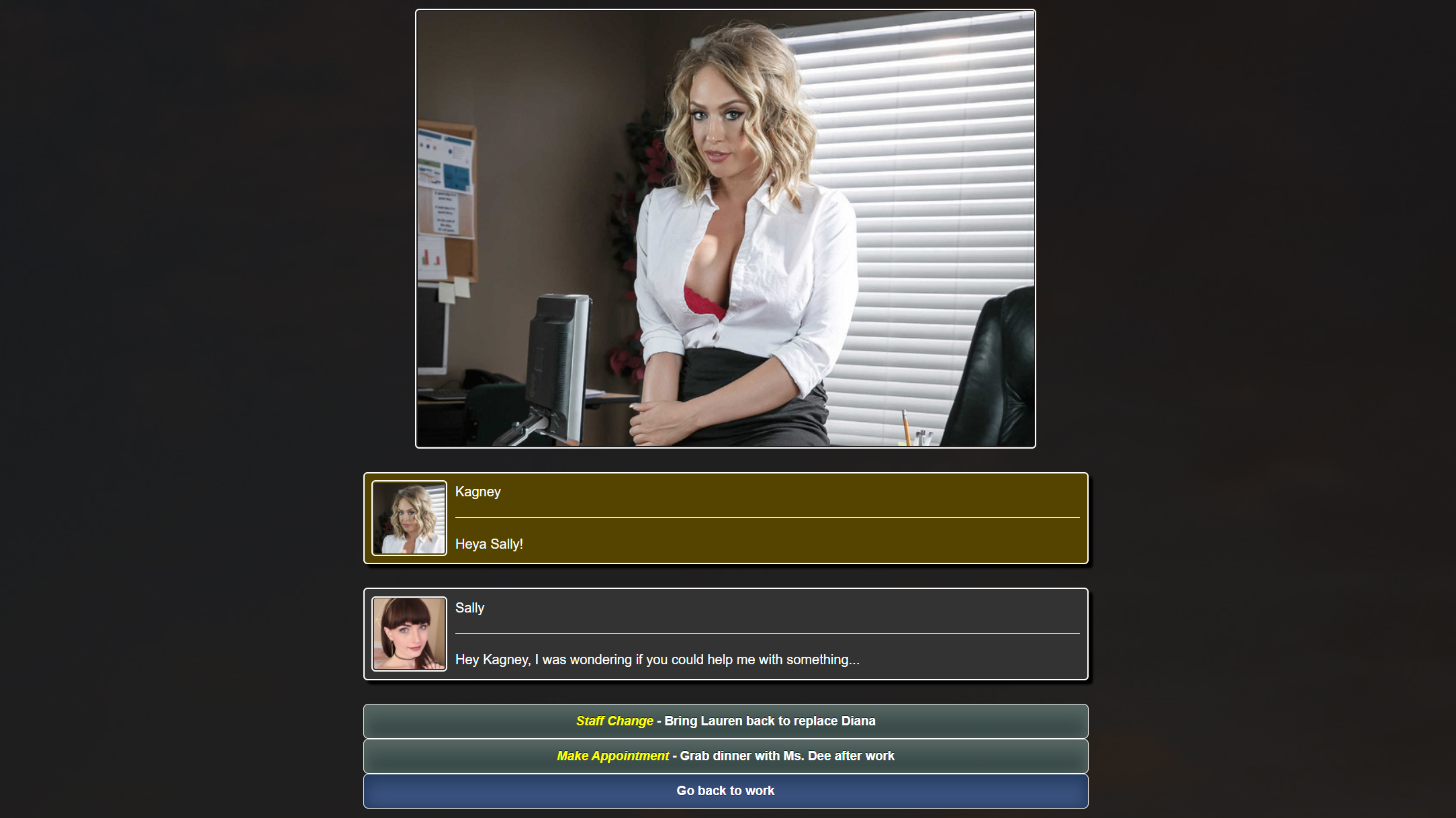 Through developing Free Play mode, it became clear that there needed to be a sort of “options” hub at the office, similar to how the Bathroom worked at home, so that players could initiate various events that would normally be controlled through Story Mode. As shown above, Kagney can accommodate swapping out Diana for Lauren as well as schedule dinner dates (read: dosing opportunities) with Sophie. This is Kagney’s basic functionality as a character, but I thought it would be fun to give players someone new to use their stockpile of MCS serums on!

Kagney has a serum route.

Now, it won’t be nearly as expansive or involved as other characters’ serum options, but much as Elsa was an easy way for players to get into the “action” at home, Kagney acts as a low barrier of entry to heated workplace shenanigans. Incidentally, Kagney has even more than theming in common with Elsa. For players who want Elsa to stick around after Thanksgiving in a way that neither sends her across the country nor relegates her to The Pit, it would be prudent to take the time and get to know Kagney!

You’ll be interacting with Kagney via the new Front Desk location in the lobby, and you’ll use serums on her just like you would other characters at the office. She’s at her post for most of the day, and you can access any unlocked event with her by talking to her at the front desk, typically with a daily cooldown. Additionally, the intro has been updated to introduce her during your first day at work, and a notebook entry has been added for her. For local players, Kagney will also have her own image manifest file to generate image packs with.